What is Stapedectomy Surgery?

Stapedectomy is a surgical procedure in which the innermost bone (stapes) of the three bones (the stapes, the incus, and the malleus) of the middle ear is removed, and replaced with a prosthesis. Performed to improve the movement of sound to the inner ear, stapedectomy treats progressive hearing loss caused by otosclerosis, a condition in which spongy bone hardens around the base of the stapes. 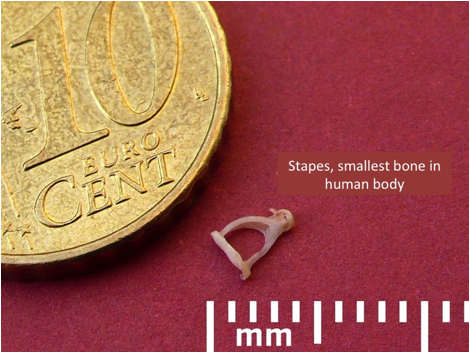 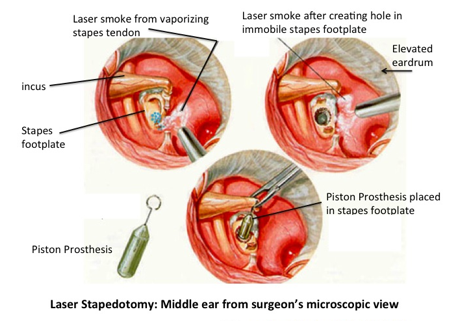 Step by Step of a Stapedectomy Surgery 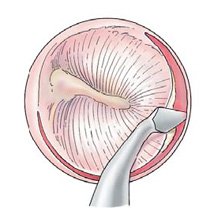 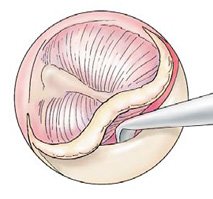 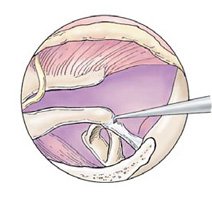 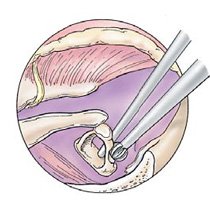 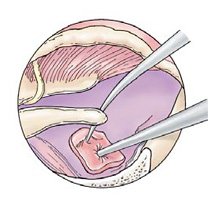 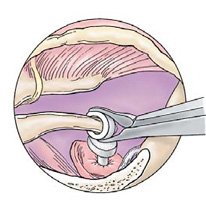 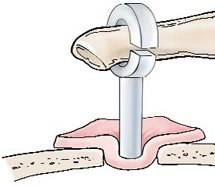 While reports of stapes surgery dates back to at least 1876, the era of modern stapes surgery began after 1957, when John Shea, MD, replaced the stapes with a prosthetic artificial stapes. In the 1960s and 1970’s stapes surgery reached its heyday, with experienced surgeons doing incredibly high volumes of this operation due to the backup volume of un-operated cases. Leading surgeons such as Harold F. Schuknecht, MD, at Massachusetts Eye and Ear Infirmary, Harvard Medical School, performed over 20,000 stapedectomies.  Dr. Kohan is the Director of Otology/Neurotology at Lenox Hill Hospital where he performs and used to teaches this operation to otolaryngology residents and fellows. The stapedectomy or stapedotomy is performed under general or local anesthesia in the operating room. The binocular operating microscope is used for high magnification of the very small structures in the middle ear such as the stapes footplate, which measures 2mm by 3mm. The operation is performed through the ear canal with specialized microsurgical instruments. With general anesthesia, the surgery usually takes about an hour. After the tympanic membrane (also know as the eardrum) is elevated, the middle ear is entered. The middle bones of hearing are examined and their ability to move is noted. The third bone of hearing, the stapes, is examined for fixation and visible otosclerosis deposits. If these are present, otosclerosis is diagnosed. The upper portion of the stapes bone is then vaporized with a Laser. The distance between the fixed stapes footplate and the mobile incus (2nd bone used for hearing) is measured to select the properly sized prosthesis. Approximately 0.7mm hole in the fixed stapes footplate is created with the Laser. The prosthesis is then inserted into the footplate hole and then “welded” to the incus with the Laser. A small piece of tissue from the back of the ear lobule is draped around the prosthesis at the footplate hole to seal it. The prosthesis is checked for movement when the first two bones of hearing are moved to insure that sound energy can be easily transmitted through the footplate to the inner ear. The eardrum is returned to its normal position and secured with ear canal packing.

How long is the surgery and how long will I be out of work?

The surgery takes about 1 hour. It can be performed with local or general anesthesia. You will rest in the Recovery Room for about two hours after your surgery. You will be then discharged from the hospital the same day of surgery. Antibiotics and pain medications for mild pain are prescribed. Patients are advised not to fly, scuba dive, weight lift, and do heavy exertion for 2 weeks after surgery. Most patients return to work in three or four days. Post-operative management Usually antibiotics and pain medication for mild pain are prescribed for 10 days following surgery. The operated ear canal should be kept dry for 10 days following surgery. You should change the outer ear cotton as needed if there is drainage from the ear canal. This drainage usually stops in one or two days. During shower or bathing, a cotton plug with Vaseline may be placed in the outer part of the ear to protect it from water. You may wash your hair 48 hours after discharge or use dry shampoo earlier. Patients will be seen in the office one week after surgery for suture removal from behind the ear lobe (from where a very small piece of tissue was taken for sealing off the prosthesis in the stapes footplate) and removal of ear canal packing. Some hearing improvement is usually experienced at this point, but it continues to improve with more healing. The hearing is tested with an audiogram six weeks after surgery. It may continue to improve over another four to six months.

If you have otosclerosis in both ears, the second ear can be operated on ten to twelve months after operating on the first ear. Usually the poorer hearing ear is operated on first.

Complications are very uncommon when experienced otological surgeons perform this surgery. Hearing loss can occur due to infection, scar tissue, inflammatory reaction of unknown cause, displaced or improperly sized prosthesis, or unknown cause. Stapes surgery can cause a temporary dip in the hearing, which is why we wait six weeks to get the first hearing test after surgery. Hearing loss occurs about three to five percent of the surgeries. Total irreversible hearing loss is very rare: about one percent of the surgeries. Distorted, squeaky, or fluctuating hearing may be due to a loose prosthesis or inner ear fluid leak, which usually can be corrected with revision surgery. Tinnitus (ear noises) is uncommon complication from this surgery unless there is sensorineural hearing loss. Preoperative tinnitus is less following stapedectomy in about half the cases. Dizziness may be due that the inner ear fluid bathes the balance nerve endings in the inner ear. The surgery may cause an irritative response in the nerves of balance. Dizziness may present with quick head turns or getting up quickly during the first few days after surgery. Rarely it can take several weeks for this dizziness associated with quick turns to go away. Vertigo (spinning) is very uncommon. Prolonged dizziness may be due to inner ear fluid leaks, overly long prosthesis, and other causes, some of which may be surgically corrected. Please note that stapedectomy surgery often reduces preoperative dizziness from otosclerosis. Taste disturbances are temporary when they do occur. It can occur when one of the nerves of taste (chorda tympani), which runs through the middle ear, is moved to the side to permit visualization of the stapes to enable the operation to go forward. Sometimes there is a metallic or salty taste after this nerve is stretched after it is displaced to the side of the operative field. Sometimes the nerve is cut to avoid this taste disturbance. There are multiple nerves in the mouth and throat to compensate for this cut nerve. Over several months, the taste disturbance or the effects of absent areas of taste diminishes, while the adjacent nerves of taste continue with their taste function. Facial paralysis is a very rare occurrence, 0.4%, associated with stapedectomy. It can be delayed, occurring several days after surgery, or less frequently, right after the surgery. It may be due to absent protective bone over the facial nerve, irritation of the nerve, from the heat of the laser, or heat activation of a herpes virus in the facial nerve. In review of the cases with delayed facial paralysis, most occurred in patients who had history of herpetic cold sores of the lip (herpes labialis). Antiviral medication and corticosteroids have been helpful in preventing facial paralysis in those with history of cold sores. Therefore it is very important that you informed your doctor if you have had cold sores of the lip.