Widespread Hearing Loss Among the Elderly 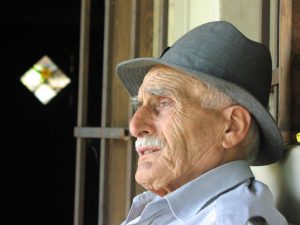 A new study finds widespread hearing loss among elderly Americans, with an especially high rate for those 90 and older.

In the study sample of 647 people aged 80 and above, nearly all had some level of hearing loss based on test results, with the over-90s the most affected.

“Hearing loss accelerates with age in the oldest old, a population in which hearing aids are vastly underused despite their great potential benefit,” concluded a team led by Dr. Anil Lalwani from Columbia University College of Physicians and Surgeons in New York City.

One hearing specialist believes the study may even underestimate the problem.

“This study population had access to medical care and social/financial means to be evaluated,” said Dr. Darius Kohan, chief of otology at Manhattan Eye, Ear, and Throat Hospital in New York City.

“Many of our citizens may not have the ability to seek an evaluation for auditory deficits,” he said, so the actual number of hearing-impaired seniors may be even higher.

In the study, Lalwani’s team compared rates of hearing loss among 647 adults between 80 and 106 years old.

All of the participants had undergone hearing evaluations at an academic medical center. They were divided into four groups: those aged 80 to 84, those 85 to 89, those 90 to 94 and those aged 95 and older.

The study found that hearing loss was progressive at older ages, and nearly universal among the study sample.

“We found that hearing is rapidly lost in patients over 80 years, and the rate of hearing loss accelerates during the 10th decade,” Lalwani said. There were no differences in terms of gender, he added.

Lalwani said age-related hearing loss “is associated with numerous deleterious psychosocial, functional and cognitive effects. It is a major public health concern as the population of individuals over the age of 80 is expected to double in the next 40 years.”

Help is available in the form of hearing aids, but only 59 percent of the study participants used one.

“Hearing aids are underutilized in this population, despite the fact that hearing aid use has been shown to improve the social, functional and emotional effects of hearing loss,” Lalwani said.

Treating Hearing Loss in the Elderly

Kohan agreed, saying hearing loss in the elderly can be easily treated, either with hearing aids or cochlear implants.

“Medical science has advanced to the point where high-quality hearing rehabilitation can almost completely eliminate this problem,” he said.

“Imagine the world where the medical care provider would order a hearing test along with your EKG and blood work at your annual checkup,” he said. “If significant hearing loss is detected, the practitioner would write a prescription for amplification to be picked up by the local hearing aid dispensary, with the expense covered by insurance carriers.”

But another hearing expert said cost may be a factor.

“I agree with [the authors’] conclusion of hearing loss being viewed as a chronic disease,” said Dr. Maseih Moghaddassi, chief of otolaryngology at Winthrop University Hospital in Mineola, N.Y.

“This, however, is a double-edged sword,” he added. “On one hand, the insurance carriers may begin to bear some of the cost of a hearing aid. On the other hand, our Medicare system is so overstretched and this may take resources away from some other lifesaving procedures such as dialysis or cardiac surgery. I think it is time for our society to make some tough choices.”

Kohan said that in the meantime, hearing tests need to be incorporated into routine patient care.

The study was published Sept. 15 in the journal JAMA Otolaryngology-Head & Neck Surgery.

The U.S. National Institute on Deafness and Other Communication Disorder provides more information on hearing loss and older adults.

This piece originally ran in the online section of HealthDay. To read the original source please go here.