How You Can Lose Your Hearing During a ‘Sonic Attack’

Damage can be done without pain or noticeable symptoms in this type of attack that was reportedly used against U.S. diplomats in Cuba. 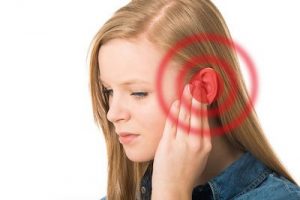 Sound can be weaponized.

If you don’t believe that, you might want to read some recent news stories coming out of Cuba.

There are reports that a group of U.S. diplomats on the island nation suffered hearing loss from a mysterious “sonic attack.”

The Associated Press reported last week that several U.S. diplomats in Cuba started to lose their hearing in the fall of 2016 due to unexplained circumstances.

Some had symptoms that were so severe that they returned to the United States for treatment. The U.S. retaliated against the attack by expelling two Cuban diplomats, according to the State Department.

The incident has brought up questions over how quickly sound waves can cause hearing loss without warning signs.

Dr. Darius Kohan, director of otology and neurotology at Lenox Hill Hospital/Manhattan Eye, Ear, and Throat Hospital, said that it’s possible for sound to irreparably damage the ear without a person knowing their hearing is being impacted.

“We know that sound is energy,” Kohan told Healthline. “All sort of waves of lights and sound create energy.”

He pointed out surgeons use sound-based devices for medical treatment, such as a harmonic scalpel that “vibrates so quickly it cuts through skin.” Other devices utilize sound waves to liquefy tumors and break up kidney stones.

Sound is also already being weaponized via sonic booms used by ships.

“They made weapons with loud sounds into sonic booms that cruise ships use around Somalia” to avoid pirates, Kohan said. “It creates this unbearable sound.”

In regards to the situation in Cuba, Kohan said the attackers may have used high-frequency sound.

Kohan explained that some high frequencies can damage the ear, but they can be imperceptible to many people.

“The inner ear in the human is very sound-sensitive,” he said. “The younger kids up to 18… can hear frequencies adults can’t hear.”

Once a person is over the age of 18, they’re not likely to hear anything above the 8,000-hertz range of sound. However, even if you can’t “hear” the sound, that frequency can affect the cells that line the inner ear.

“If you project continuous high-frequency sound, it can theoretically damage tissue,” Kohan said.

Kohan said if you are exposed to long-term, high-frequency sounds it can damage or kill the delicate sensory cells called cilia, without any sign until you start to have permanent hearing loss.

“The hair cells — the sensory cells — in the cochlea almost never come back” if they die, said Kohan.

There are some treatments — such as steroids — to mitigate the hearing loss, but Kohan said these treatments work best in younger people.

They also have to be given immediately after exposure to loud sounds. Even then, they don’t work well at restoring hearing.

You don’t need some covert weapon to cause hearing loss.

A loud concert or other noisy event can do the trick.

The Centers for Disease Control and Prevention (CDC) points out that if you are exposed to a loud noise or go to a noisy event, your hearing can be impacted because the cilia can be modified by sound.

“The hair cells, similar to blades of grass, will bend more if the sound is louder. But they will become straight again after a recovery period. However, if loud noise damaged too many of the hair cells, some of them will die,” the CDC explained.

Once you start to lose cells they generally don’t come back, but you’re born with a surplus. The average person is born with 16,000 hair cells within their cochlea in their inner ear.

You can lose between 30 to 50 percent of your hair cells in the cochlea before you start to exhibit signs of hearing loss.

This piece originally ran in the on Healthline. To read the original source please go here.